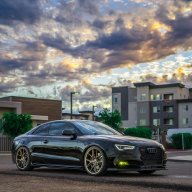 Perk is an assclown. How is that guy so bad at his job

Perk is an assclown. How is that guy so bad at his job
Click to expand...

Chaplin said:
We’ve been sloppy every time Payne has been on the floor.
Click to expand...

Payne was pretty bad tonight. Shocking he had 11 assists.

He needs to go back to just catch and shoot. When he tries to shoot on the love he has no shot.
OP
OP

I know the Suns want to get Payne going but they need to give Holiday minutes too.
OP
OP

Ouchie-Z-Clown said:
He needs to go back to just catch and shoot. When he tries to shoot on the love he has no shot.
Click to expand...

Yeah, he needs to take some some catch and shoot shots first before he moves on to other shots.

Mainstreet said:
Monty says the the game ball was given to the head equipment manager Jay Gaspar.

This team just keeps on giving me reasons to love them. That’s really cool.

And more. Love it!
OP
OP

Here is the video of Devin Booker giving his jersey to Al McCoy.

DJ Tabooh said:
This team hasn’t played its best basketball yet. I know we’re not playing like we have all year but when you’re fighting human nature, it’s not easy. We’ve gotta keep building solid habits. Let’s go boys. Mikal is first team all defense.
Click to expand...

How about defensive player of the year?
R

Mainstreet said:
Rockets wanted a first round pick or a pick swap. I wouldn't be shocked to see Lebron move on.
Click to expand...

Lebron will shop around for the best case scenario to be back in (or near) the finals next year and somehow force a trade, quite possibly even against the wishes of the other players on the team he wants to go to.

He knows that his career is rapidly coming to a close, and as the ultimate prima donna athlete, he isn't going to settle for those last years to be out of the limelight. I can see Brooklyn, Boston, Miami, Chicago, Golden State, Clippers and maybe a couple others being on his radar. He will do something this offseason to force his way someplace where he is back to being relevant... count on it.
You must log in or register to reply here.