WaywardFan said:
That's not saying much.
Click to expand...

It is on a service that has Mandalorian.

Chaplin said:
It is on a service that has Mandalorian
Click to expand...

That's a good point, that may be the only exception.

That's a good point, that may be the only exception.

Hawkeye is probably the best, in my opinion, but still isn't great.
Click to expand...

I haven't seen Hawkeye yet, but loved Wandavision. Is Hawkeye better than that?

In my opinion, yes. YMMV obviously, but while Wandavision had a cool premise, it was still a mess. I'm very jaded at the MSheU at this point. Disney would do well to heed the lessons of No Way Home which was the best thing since Endgame and ranks up there with Winter Soldier.

Much much different, but I think so. Makes sense when the hero’s “powers” are more pedestrian like hawkeye’s. Has a feel more akin to the daredevil, like cage series, though not as gritty and bigger budget which makes sense.

It's definitely more "street level". Still not enough Hawkeye though, but to be fair Hailee is doing a bang up job. Wouldn't mind more than 6 episodes of this.

The only complaints i have center around the greater Marvel universe in Hawkeye. #1, there's too little Hawkeye, because they're trying to set everything non-Hawkeye up. Shame. #2, there's too much focus on character back story that we don't need--in Hawkeye. I don't care about Maya's backstory, or black widow back story, but we're getting a lot of this kind of stuff, not for this show, but for future shows. And it's distracting and takes away from the short shows.

That said, these are a lot of fun and, to me, make Hawkeye clearly the #2 Marvel show out there, of the Disney variety, next to Wandavision. 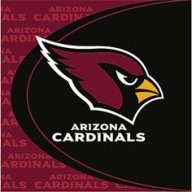 I would say I like Wandavision & Hawkeye equally. Maybe even put Loki up there with those two. I don't think I could pick a favorite from the 3.

Not a bad wrap, entirely expected. Scratch another male superhero off the list.

This was an excellent series

WaywardFan said:
Not a bad wrap, entirely expected. Scratch another male superhero off the list.
Click to expand... 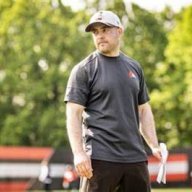 Really enjoyed it, but felt it could have been one less episode. 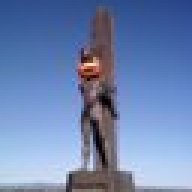 Thought it was great. Really enjoyed it.

Rewatching it for the holidays and it is really the best Disney + Marvel series.

Chris_Sanders said:
Rewatching it for the holidays and it is really the best Disney + Marvel series.
Click to expand...

It's pretty damn good.
You must log in or register to reply here.