Kyler was the most accurate deep ball thrower last year. 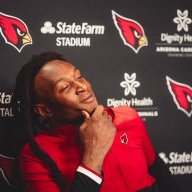 Kyler has a great deep ball 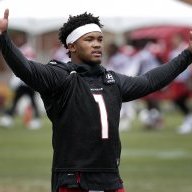 What if he had better receivers

This is why I don't mind RT round 1 and a WR round 2. Give him time

I think Andy wasn't playing much because his routes required more time than Kyler usually had.

underrated aspect of Ravens offense this year: Ronnie Staley and Orlando Brown provided excellent pass pro for Lamar Jackson when he had to throw 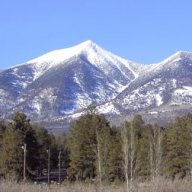 No way Short Stuff did that! 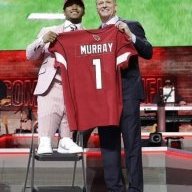 Any good round 2 receivers this year?

iLLmatiC said:
Any good round 2 receivers this year?
Click to expand... 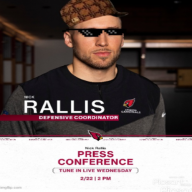 I actually like RT 1st round and C 2nd round.

I've been down on both, but maybe with better protection Butler/Andy will have time to get down the field. Not sudden enough to run routes on our team last season (short passing game). 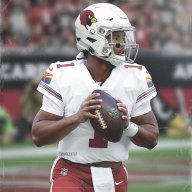 When Denny Green built the Cards team that went to the Super Bowl, he stated that in the draft; "Take the best player available". IMO at No. 8 the best player available will be lamb.
The Cards had Anquan Bolidin in his prime and still drafted Fitz.. Kurt Warner never had the best offensive line but with Boldin and Fitz it didn't matter.
Then when the Cards added Breaston and James they became great. The Patriots and Chiefs proved that if you have an NFL offense that can put up 30, 40, 50 points that great defensive players are gonna want to play there.. 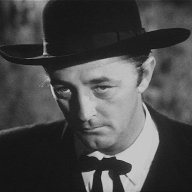 What this team needs to assure is to maintain its ability to run so the deep ball can be an option... they need to concentrate on ensuring they stay the path with what worked for them when the offense started to gel
K

If the Cards had James in his prime. With Warner, Boldin, Fitz and Breaston. IMO this organization would have a super bowl trophy.
The O-Line proved against the 49ers that they are good enough to run the ball with a good or even decent running back. Plus Fitz shouldn't be running deep routes anymore (Fitz is still great) but he needs to be running the short crossing routes and outside routes(Just like Boldin did when Fitz arrived).
Last edited: Feb 21, 2020
S

I think Andy wasn't playing much because his routes required more time than Kyler usually had.
Click to expand...

The fastest guy needed more time to get open????
You must log in or register to reply here.

Jan 4, 2019
ASFN Admin
A
A
Mike McCarthy says it was Jets or bust, will be ready to go next year

Jan 11, 2019
ASFN Admin
A
A
Defensive rookie of the year: Darius Leonard