bankybruce said:
4 of these guys who played last night are most likely starting for us next season. Time to let then get time together.
Click to expand...

I'd bench Beachum for Jones too 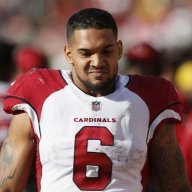 Russ Smith said:
I go back to virtually every person I saw pre game analyze this game. they all said the same thing because the Cards don't have a consistent pass rush they try to scheme sacks from sophisticated stunts where someone rushes and someone else drops. When it works it's great, when it doesn't they give up big plays. They give up lots of big plays because they don't have anybody that can just beat their man for a sack.

The first TD pass was not really a blitz but was an example of single coverage on a speed guy and we got no pressure. The long pass play to Smith was one of those big plays against scheme they knew we'd make Hamilton chase him across instead of handing him off to someone else. The TD pass to the TE against Myjai Sanders was textbook because of scheme he dropped into coverage and got burned.

Ironically today the same people are saying that worked because Dalton is an experienced QB he read the defense saw the advantage and attacked it on those plays. But he also threw 2 bad picks that killed them.
Click to expand...

I will quibble with not having anyone who can beat his man. JJ can, but it looked like he was getting doubled on almost every pass rush. 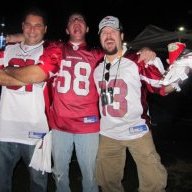 gimpy said:
On one of the Kyler sacks, as he was running out of bounds, he thrust the football forward for that extra yard or so (that they always do), but, in this instance, instead of thrusting it forward, he thrust it backwards behind him, so the ball crossed the sideline behind him instead of in front, so that he actually would have lost a yard.
Click to expand...

I noticed that - and I doubt this was Murray's thought process, but if that happened with less than 5 minutes remaining in the game, it should've kept the clock running since his forward progress stopped in bounds.

I don't recall exactly how much time was on the clock when that happened, or whether the clock did in fact stop afterwards, but it would've been a clever move if it was deliberate.

Totally_Red said:
I will quibble with not having anyone who can beat his man. JJ can, but it looked like he was getting doubled on almost every pass rush.
Click to expand...

The entire DB group were Heroe's in my mind. Big hits, turnovers, etc. The only real complaint I have with them is Murphy not getting over there on the 1st TD.

Kyler is certainly not a goat. Not a hero but not a goat. He made some big plays - missed some others.

Rondale Moore - he can't throw the ball to himself.

Billy Price - How did he do the rest of the game (blocking)? Honest question - I wasn't watching him.

Zaven Collins continues to get better...I think he was our leading tackler yesterday. He was active.

I agree with this more than the OP. Just saying 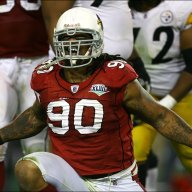 Don't forget about Cody Ford. He was really good in both the run game and pass game, and I certainly hope that he has taken over from Max Garcia for good.

Humphries was really bad last year, but he has bounced back in an impressive way, and he and Ford provides a strong left side of the o-line. 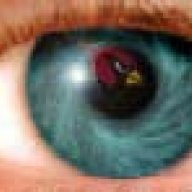 This is pretty funny, especially considering who tweeted it!