TJ said:
Rumor is that the conference teams are pissed at UCLA for the UW forfeit/cancellation and is not trying to do UCLA any favors.
Click to expand...

To be clear that's what Scheer said. He also posted today that UCLA is about to make Arizona fans very mad. What he means is UCLA is going to play Long Beach State, again, on thurs. what he's NOT saying is they offered to play Arizona on Thur and UA refused.

Again UW forfeited because that was the Pac 12 rule, they since changed the rule and now the game is reinstated they have to schedule it. It is true UCLA wasn't eager to help UW with that because last year UW postponed a game at the last second wtih UCLA because UW forgot to set up backup refs, then a couple of the scheduled refs had to cancel due to Covid so they couldn't play the game. UCLA was furious because the backup refs thing was part of the process at the time.

jan 11th is a no go, nobody seems to know why. That was the proposed game for UCLA and UA.

Apparently the Thur thing was not real, it was being discussed in the media as a date both teams had available but it didn't get to the point of Arizona turning it down it sounds like the conference wanted the game to be played with fans and was aware UCLA was probably going to have to play without fans. So UCLA took the LBSU game instead, which will be played without fans.

This whole thing sucks if they had just done a 2 week pause, didn't even have to be national just conferences deciding on their own. they could have gotten everyone under control and bubbled up. We'd still have flare ups obviously this thing is highly contagious but what is happening now is as a couple of teams come out of stoppage, more teams go in to they overlap and you are losing more and more games.
OP
OP

No game this weekend lol. What a mess 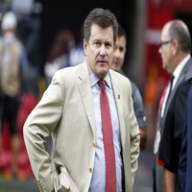 Apparently they didn’t want two Top-10 teams playing on the P12 network. Basically, the conference admitting its channel is unfindable

Game is rescheduled Jan 25th 8pm at Pauley, that's a Tue. There's no fans in Pauley until Jan 21st so hopefully it won't get extended and then they can have fans for this game.
OP
OP

LOL the conference is so stupid.

TJ said:
LOL the conference is so stupid.
Click to expand...

An absolute joke. The conference schedule has a serious back log and they're having teams schedule random OOC teams instead of playing make up games. Apparently all because they know no one watches the pac 12 network?

Maybe the decade long hold out for more money from the providers isn't working, just a thought.

This team is really really good. Best Arizona team since the one that had the tragic Elite 8 game against Illinois.

They are a legit 9 players deep, they play great on both ends and they're really athletic. Their total lack of experience in the tourny is my only concern... this team is a serious title contender.
A

Any update on the Tubelis injury?

Wondered why tubelis didn’t play much last night. Type of injury?
A

He injured his ankle early in the game (a Stanford guard accidentally rolled over his leg).
Last edited: Jan 22, 2022 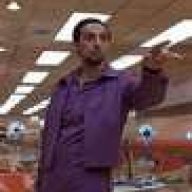 He was in a boot on sideline so not sure if its just a precaution or indicates something serious.

Interesting how much this team is flying under the radar despite being #3 in the country.
You must log in or register to reply here.