Thoughts on the Cardinals' 2014 Draft 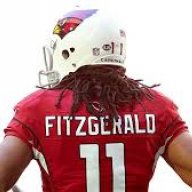 DoTheDew said:
So far we've come out way ahead on that 1st round trade down.

Bucannon has been solid and the extra pick got us John Brown.

Dee Ford had a very disappointing rookie season (7 tackles, 1.5 sacks in 16 games). He would have had far more playing time here assuming he was the pick at 20, but I'd rather have Bucannon+Brown so far.
Click to expand...

Vermont Maverick said:
I think that was a pretty common theme on this board. I pretty much had Fedorowitz pencilled in as our third round pick. However, he was chosen by Houston on the first pick of the third round, so we wouldn't have got him with a low 3rd.

In todays game, the TE is becoming more and more important. And there are some pretty great TEs playing right now. Due to that, teams elevate this position, like they do with LTs, edge rushers, and of course QBs - though obviously not to the extend that QBs are elevated.

I was not a fan of the Niklas pick either, because I subscribe to "best available" with only minor exceptions. But if we wanted a good one that was not purely a blocker, this is where we had to take one.

If you look at the last two drafts, we have selected for need in the early rounds, regardless of what Kiem tells us. And in the later rounds, we have selected best availabl...Stinson, Ellington. Even with the first round trade down, Kiem as qouted as saying we were "targeting" John Brown in the third round. Really? Targeting a guy with the 90th pick?

I ask you, which has worked out better? I love Kiem, but this is my one beef with these early round picks. Need based. I don't like it.
Click to expand...

That is an excellent observation about the Cardinals going need early and then BPA later on.

It's the way of the world these days in the Cap Era---you need to use your first three picks in the draft to draft instant starters or important role players. What a team is unable to pick up in FA becomes a draft priority.
You must log in or register to reply here.