This is much different than I expected. I'm not sure if that's a good thing, yet. 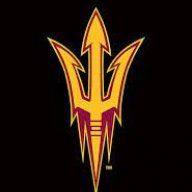 Watched episode 1 last night, pretty awesome. I thought it was funny how it didn't take long for Jeff Bridges' rug to got soiled, with blood this time. Too bad, it really tied the room together.
Last edited: Jun 24, 2022
F

This is really good so far. I’m looking forward to seeing how this plays out.

I think I have the plot figured out now, but I'll keep my mouth shut.

I watched this last night (though I think a new episode will hit Hulu today). It's really good.