Guess they wanted to announce this as earlier as possible. LOL 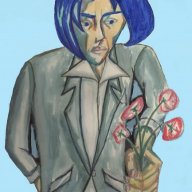 Too much good stuff

I was disappointed Ozark didn't win this category. Second choice was Ratchet.

have you watched The Crown? I could never get into the show and hadn’t watched any of the first three seasons. Then, over the holidays one of my best writer friends... who coincidentally helped run the Lovecraft Country which was also nominated, and who’s taste I really respect just RAVED about season 4. Gushed in a way I’d never heard.

mom wanted to watch it and she had been MORE than gracious with the amount of time Dad and I watched and yelled at the TV watching the Cards and Suns so we decided season 4 would be our next begrudging binge.

without having seen any of the previous seasons, I was BLOWN AWAY by how good The Crown was. Like... stunned. Even when my friend’s show got nominated for a Globe in the TV Drama category, she was like “My show winning over The Crown would be a joke.”

but Season 3 of Ozark was really strong. It’s just that The Crown was epic... in totally unexpected ways. 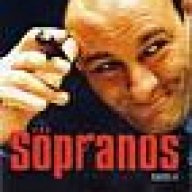 That was a great show.
You must log in or register to reply here.