That ’90s Show to Reunite Majority of That ’70s Show Cast​ 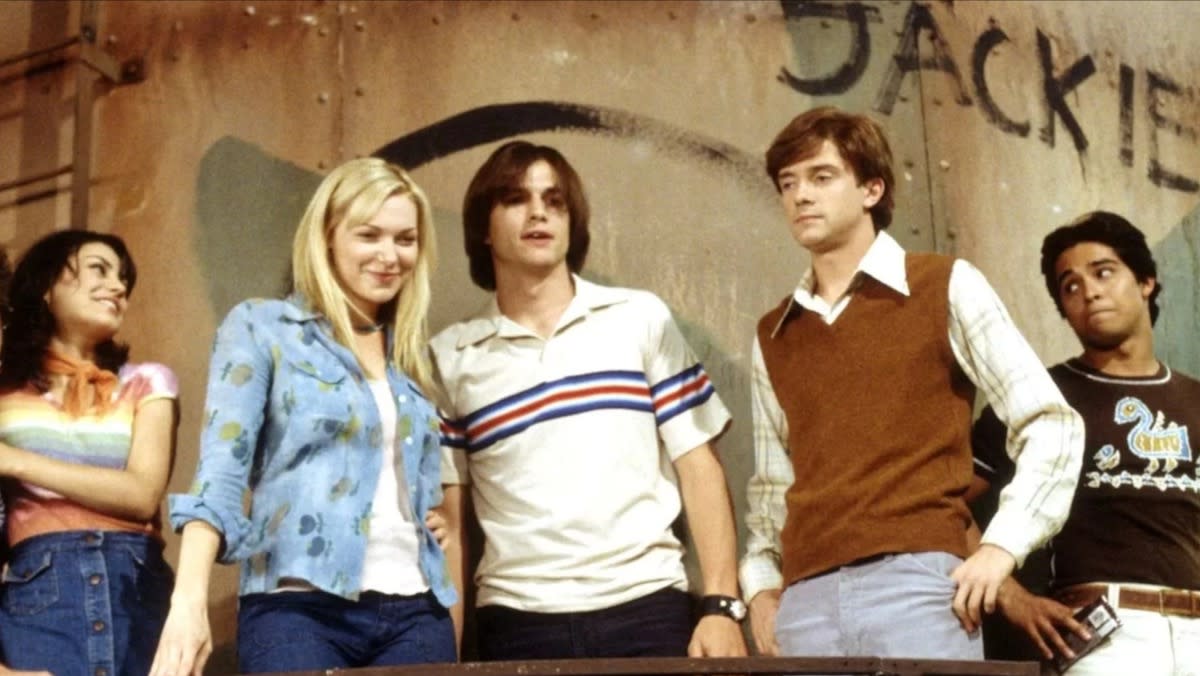 That ’90s Show to Reunite Majority of That ’70s Show Cast

Most of the cast of That ’70s Show will return for Netflix’s upcoming sequel series, That ’90s Show.

Topher Grace, Laura Prepon, Ashton Kutcher, Mila Kunis, and Wilmer Valderrama will all reprise their That ’70s Show characters to make guest appearances in the new series. They’ll join Kurtwood Smith and Debra Jo Rupp, who were previously announced to star in That ’90s Show, reprising the roles of Red and Kitty Forman.

The only main cast member not returning is Danny Masterson, who has been accused of multiple sexual assault allegations and is about to stand trial.

New That ’90s Show cast members include Ashley Aufderheide, Callie Haverda, Mace Coronel, Maxwell Acee Donovan, Reyn Doi, and Sam Morelos. Haverda will play Leia Forman, the daughter of Eric (Grace) and Donna (Prepon), who visits her grandparents (Smith and Rupp) for the summer and hangs with a new group of teens in Point Place, Wisconsin.

Netflix has given a 10-episode order to That ’90s Show, which is being written and executive producer by original series creators Bonnie Turner and Terry Turner and their daughter Lindsey Turner.
You must log in or register to reply here.

Dancing with the Stars: Season 6