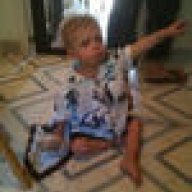 Rams - Aaron Donald, Jalen Ramsey, O'dell to a lesser extent
Tampa Bay - their defense, but also, Brady. His fierce competitiveness and willingness to go off on his teammates for screwing up raises the intensity of the entire team.
KC - Hill was the swagger on O, HB on defense. Mahomes is respected and revered by his teammates.
Pats - See above for Brady for all of them
Eagles - Coach on down had a "nobody thinks we can so F it" attitude
Broncos - Defense
Seahawks - Defense, Beastmode
Ravens - Defense
G-Men - Defense

Swagger/Attitude
We have no Karlos Dansby on this team. We have no Darnell Dockett. Hell, even DJ Swearinger brought some attitude to the defense.

Scheme
This team will never contend for a SB with our current GM, roster, and DC. The defenses of the teams listed above didn't have AD, Strahan, or Suggs dropping in coverage with cute schemes. To quote Junk, they were allowed to "hunt". I saw Junk in zone coverage tonight. Ridiculous.

Dockett was a beast because he attacked almost every snap. The SB defenses above played to their players strengths, Vance is trying to fit them to his scheme, a recipe for disaster.

Leadership
Baker would seem to be the natural fit for vocal leader, but up until this game, VJ has had him playing so deep he's not involved in the action.

We could get by with Kliff if we had a true leader at QB or someone like Quan to hold teammates accountable and fire up the team.

So who is going to lead?
Simmons - got torched tonight.
Zaven Collins -he told Steve Keim they'd win a superbowl ring so big a show dog couldn't jump over it. That's just freaking weird and stupid and socially awkward. I don't see anybody following this dude.
JJ - he knows he can't really say anything from the sidelines.
Junk - Love him but he's more of a worker than leader
Baker, Jalen - Finally noticed VJ bringing Baker up to the line tonight, up until then he played deep. Maybe he can be a leader. Jalen seems like a quiet dude. Again, read and react or cute schemes take the playmaker out of the player.
DT's - Fotu, Lawrence. Nope.
Zach Allen - nope.
CB's - LOL.

Offense
Hopkins? Nope. He's passionate about his own performance, but doesn't inspire anybody else.
JC? Too humble and quiet
OL? Lol.
K1? Maybe he grows into it but I'm not seeing it.

Front Office
Point to the rankings all you want for VJ. If you want to settle for mediocre to above average, have at it. I want a Superbowl.
Point to SK's GM of the year, Keim Time Trades, etc... He's assembled a team with no true leader on offense or defense. He's also employed a DC with a bend but don't break philosophy which ends up exhausting and demoralizing the defense. His draft record has been lackluster at best.

Go ahead and say "it's week one, relax". I've followed this team long enough to see that "week one" can/will lead to another "weak one" as far as effort and performance.
You must log in or register to reply here.

Vance Joseph Extension should be on the cards