Phil Niekro, Hall of Fame pitcher who mastered the knuckleball, dies at 81

Phil Niekro, the legendary pitcher who mastered the knuckleball as part of a Hall of Fame career primarily with the Atlanta Braves, has died after a battle with cancer, the National Baseball Hall of Fame announced Sunday. He was 81 years old.

Niekro, who made his debut in 1964 when the Braves played in Milwaukee, carved out a lengthy career by dedicating his game to a pitch that few others even attempted. The knuckleball helped made Niekro unhittable at times, allowing him to pitch 5,404 innings over 24 years at the big league level – a feat no other pitcher has reached in the live ball era.

“Phil Niekro’s record on the field ranks him as one of the game’s finest pitchers,” Jane Forbes Clark, chairman of the Hall of Fame, said in a statement. “As a mentor, leader and friend, Phil brought out the best in all of us in Cooperstown.” 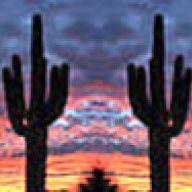 But he did not have a legendary career.
A

But he did not have a legendary career.
Click to expand...

Well, sure he did. He's in the Doctored Ball HOF. Like that pitcher in Major League; the one that put Vagisil, Bardol, Crisco and snot on the ball. Of course, Joe was more into the emery board, nail file, sandpaper approach to get an edge. But yeah, Phil, was an all time great, the only Niekro you can say that about.

RIP Phil, you can swap stories with your kid brother now. 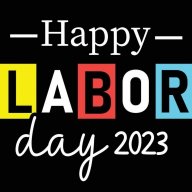 May he RIP there. Cancer is such a pain in the rear!
You must log in or register to reply here.

A
Phil Niekro Dies: Hall Of Fame Knuckleball Pitcher Was 81

Dec 29, 2020
ASFN Admin
A
A
LEADING OFF: Joe West to break record for most games as ump