MALIBU, Calif. - Buddy Hackett, who broke into comedy as a young waiter-performer in New York's Catskill Mountains and went on to achieve iconic status as a raunchy nightclub performer and rubber-faced clown in movies including "The Music Man" and "It's a Mad, Mad, Mad, Mad World," died Monday at his home in Malibu. He was 78.

The cause of death was not immediately clear. Hackett had been suffering from a chest cold, although he had been in "robust good health" until a few days ago, according to a family spokesperson.

Hackett hadn't worked professionally since 1996, when he stopped performing after experiencing dizziness and shortness of breath onstage.

Increasingly reclusive, he nevertheless managed to keep telling jokes. Dick Martin, who with comedy partner Dan Rowan hosted the seminal TV series "Laugh-In," was among those who still received calls from Hackett regularly.

Hackett wouldn't identify himself, Martin told the Los Angeles Times on Monday, he would just launch into the bit.

"About every afternoon he (called) with a joke," Martin said. "His mind was quite good. He had a few people he called. (Comedian) Louis Nye, I guess Jan Murray." Asked what sort of jokes Hackett told, Martin said: "It's like the old joke, 'Two guys and a duck walk into a bar.' He'd go from there. It made him feel very happy to make me laugh."

Like Milton Berle or Henny Youngman or Red Buttons, Hackett is among the pantheon of Jewish comedians forever associated with the rise of the stand-up comic on stage, radio and, eventually, television.

Hackett was born Leonard Hacker in 1924 in the middle-class Borough Park section of Brooklyn, N.Y., the son of an upholsterer. It was during the summers that a teen-age Hackett first went to work as a waiter and bellhop in the Catskills, the resort breeding ground for countless "Borscht circuit" comedians, some with more staying power than others.

The show-business bug stayed with him through a three-year stint in the Army, and Hackett spent the late '40s and 1950s coming up as a comedian in cabarets and small clubs in New York, and later expanding his reach as an entertainer by appearing on Broadway in the 1954 Sydney Kingsley musical farce "Lunatics and Lovers." The production was not well-received, one of a number of failed Broadway plays in which Hackett nevertheless received positive reviews.

In 1952, when Rowan and Martin made their debut at the Catskills' Concord Hotel, Hackett "was like a king there," Martin said. Hackett had come up in the Catskills as a "toomler," a professional merrymaker. Soon he was ruling The Concord, the biggest of the resorts, which kept a suite for him year-round. It was at the Concord that Hackett met his wife, the former Sherry Dubois.

The 1960s broadened the comedian's appeal, as Hackett increasingly indulged his own voice. He was soon on his way to becoming a beloved, if antic, raconteur - his stories increasingly woven into the fabric of his look and personality. The late New York Times theater critic Brooks Atkinson once characterized Hackett onstage as "a large, soft, messy comic with a glib tongue and a pair of inquiring eyes," and this image only seemed to grow in everything Hackett went on to do, whether on stage, on television or in the movies.

Over the decades, to be sure, Hackett's look helped make him inimitable: the rotund body with the cross-eyed gaze and the delivery in which he seemed to be talking out of the side of his mouth. His 1950s TV credits include his own sitcom, "Stanley," in which Hackett ran a newsstand in a swanky New York Hotel. The series, which co-starred Carol Burnett as Hackett's girlfriend, was broadcast live by NBC during its brief run in 1956-57. The pilot was co-written by Neil Simon. A year later Hackett replaced Art Carney as a regular cast member on CBS's "Jackie Gleason Show," and he began showing up on Jack Paar's "Tonight Show," something he would continue to do when Johnny Carson took over the reins from Paar.

Like many other big-name nightclub comedians, Hackett made the transition to movies, but the results were hit-or-miss. Some said he was a Lou Costello without a Bud Abbott. Hackett appeared in a number of comedies, including the Navy farce "All Hands on Deck," in which he played a Chickasaw Indian sailor who mates a turkey with a pelican. There were also dramatic roles, including 1958's "God's Little Acre."

He also enjoyed a popular turn as Dean Jones' sidekick and mechanic in the 1968 Disney hit, "The Love Bug."

But those who saw him perform live remember Hackett most vividly. He held court onstage from Atlantic City to Las Vegas, where he performed regularly for decades, most notably at the Sahara Hotel, but in many other casinos on The Strip, including the El Rancho and Caesars Palace. Like his friend and contemporary Shecky Greene, Hackett seemed to be made for the Vegas stage. His act was salty, not for the easily offended, Hackett skating on the thin ice of ethnic humor and sex jokes.

But his wacky, tour de force delivery and no-holds-barred routines (as a surly Chinese waiter misunderstanding his table's order, for instance) made him a beloved live act. A 1968 article in the Los Angeles Times reported that while Hackett was making "The Love Bug," he also was flying to Vegas every Saturday and going onstage every Sunday at the Sahara at 3 a.m., working until 5 in the morning. He would then catch a 7:30 a.m. plane back to Los Angeles and work at Disney.

Hackett also was also a master on the dais of the Friars Club, where he was a member and a frequent - and potent - messenger of insults during the club's infamous celebrity roasts.

"Buddy was an innovator. In his time, he was the most creative comic that I've ever seen," said singer Steve Lawrence, who with Eydie Gorme traces his association with Hackett back to 1950s New York.

Lawrence told The Times on Monday that, through his nightclub act, Hackett was "also a groundbreaker with a lot of taboos we grew up with. But he always did it in a way that was hysterical."

Hackett's edgy routines endeared him to a younger generation of comics who payed homage as if Hackett were their comedic godfather. Hackett, for instance, appeared in the 1999 Fox series "Action," playing a chauffeur and uncle to Jay Mohr's misanthropic movie mogul. He was also the voice of Scuttle in the animated "Little Mermaid II: Return to the Sea."

In later years, as Hackett grew more reclusive, he battled more with weight troubles and other health problems. He was an avid gun collector but had sold off his collection, Martin said. And after quitting the stage, the only time he performed was at the annual fund-raiser for the Singita Animal Sanctuary, a dog and cat rescue organization begun by Hackett and his wife.

Hackett is survived by his wife, Sherry; his son, Sandy; two daughters, Lisa and Ivy; and two grandchildren.


Find this article at:
http://www.azcentral.com/ent/celeb/0630hackettobit.html 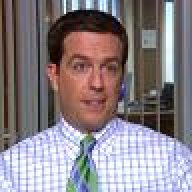 Pretty sad - he was a comedic genuis. Very funny and talented and I'm sure he'll be missed.

(Which of these don't belong?)

Originally posted by Chaplin
They always come in 3s...

katherine Hepburn - she is the only female
You must log in or register to reply here.

The Denver Broncos dominoes are starting to fall
2