Just got back from the game and shoutout to the team for making me pay an arm and a leg to see that catastrophe. Definitely worth it to see a bunch of drunk Rams fans heckle my 8-year-old son while walking thru Inglewood to get back to my car. There's a special place in hell for Rams/Lakers/Dodgers fans, but there you cant show up late and leave during the 7th inning.

I could tell before kickoff that we were gonna lose. The entire Cards team looked lifeless and disinterested during warmups. The only guy on the field who looked like he gave a damn was Markus Golden. It's like the team matches the energy and intensity of its head coach, who, by the way, looked like he'd rather peruse instagram for models than coach a playoff game.

Two people that lost a lot of value from me are Kyler and Vance Joseph. For VJ, there was almost no creativity on defense. The reason why I was higher on him this season than most on here was because he was really good at designing schemes (the way he compensated for missing Chandler was awesome). However, I saw nothing of the sort. No creative blitzes, no adjustments in coverage, nothing. It doesnt help that he doesnt have the d-linemen and corners at his disposal to have a legit Top-10 defense, but at least put your guys in the best position to be successful. Furthermore, if VJ sticks around, he has to figure out what to do with Isaiah Simmons. The whole Swiss Army knife approach isnt working for Isaiah or the team. Pick a position, have Simmons study the hell out of it in the offseason, and go from there. We're likely going to have a hole at OLB next offseason, so I'd hve him focus his attention there.

As for Kyler, where should I start? I remember vividly last season getting lambasted for saying that Kyler lacked intelligence to play the position. Since after Chicago, I dont think I'm far off anymore. The way he approaches the game is completely unprofessional. Shoutout to Kyler for publicly admitting that he doesnt study much film so that I dont have to speculate. Is Kliff going to be the one to hold Kyler's hand and show him the nuances of being a pro QB? Kyler's regression has been nothing less than remarkable. Dude went from playing like an MVP to playing like a guy who should have to wait another season for an extension. Do I think he can get better here, sure. But, I'm not investing $40+ mil/year until I know.

I'll have more detail about what to do in the offseason, but my quick knee-jerk reaction is that we need better d-linemen and corners. Corey Peters wouldnt start for 80% of the league and Byron Murphy once again looked like Eric Green.

Based on the season trend and the roster depatures, I could see a situation in which we only win ~7 games next season with holes everywhere and a deficiency at coaching. Keim's going to have to do something he's never done well at to make us competitive and that's draft well, especially in the early rounds.

He put together the roster. AJ Green lead this WR nowhere after Nuk got hurt.

Two top draft picks that did nothing at ILB—the most common position to make an early impact.

Three second-round WRs that can’t convert third downs—absolutely mind-boggling the draft capital we’ve invested at that position the past four years and gotten basically nothing in return.

Pretty tough to play defense when your offense can’t get a first down. Rams started their drives around the 50 yard line.

This offense collapsed again this year. Our genius offensive guru of a coach seems to be a fraud.

I thought tonight was low key kinda hilarious. At least an experience unlike any other we’ve personally witnessed.

slanidrac16 said:
Pretty tough to play defense when your offense can’t get a first down. Rams started their drives around the 50 yard line.

This offense collapsed again this year. Our genius offensive guru of a coach seems to be a fraud.
Click to expand...

He ***** his pants every time Mcvay is on the other sideline. 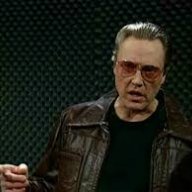 Well.........
I've generally been a supporter of Kliff during his time here. Guys have to be given time to implement a system and a roster that work and that can take a few years. It does no one any good to continually change coaching staffs and schemes every couple years with impatience. However I can't see a way around the continual late season collapses. I just don't get it. This team is experiencing success for the first time (for the guys on this roster) and was leading the league in a whole lot of categories.

Then, poof. Somehow it looked like they'd rather be anywhere else, right at mid season.

What a waste. And Kyler is a mystery too. Goes like gangbusters, gets hurt, and isn't the same for the rest of the season the last two years. Maybe it's O Line play to a degree. Can't rely on Kyler running for his life all the time to gain yards. Brady, Rodgers, Allen, Stafford, Mahomes didn't get hurt and stayed consistent. Lost games of course, even had stinkers on occasion, but didn't come undone as time wore on but got more dialed in.
You must log in or register to reply here.