AZ Native said:
Yeah Brian, we suffered through the last 5 home game losses too. WTH is going on?
Click to expand...

It's a [email protected]#$% of Cardinal proportions.

cheesebeef said:
It was kinda hilarious at a certain point. Worst money I’ve ever spent, but a pretty incredible experience all around that was actually worth every cent.

Kinda like those of us with season tickets that keep going to home games and expecting a different result.
OP
OP

Brian in Mesa said:
Kinda like those of us with season tickets that keep going to home games and expecting a different result.
Click to expand...

Even the Rams fans around us were bewildered. I talked to the guy next to me and he was like “What happened here? I thought we’d probably win but expected a tough game.” He was almost... apologetic. 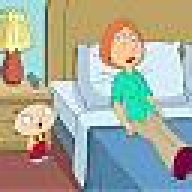 It was a great weekend up until the game. The stadium is impressive, shame they are playing on turf. The fans around us weren't very knowledgeable. Torry Holt didn't get much of a cheer, but Dickerson did. There was some early (poor) heckling, but they gave up after 21-0. They were so insecure about invading fans after the Niners game. Every timeout the chant was "Who's house?? Rams house".

We left with about 5 minutes to go and we got a few "you guys suck" but mostly pity. Walked a couple miles through Inglewood in a Murray jersey to get a Lyft and nobody messed with us. Most people told us that fans are split between Rams, Raiders and Chargers (Niners might be ahead of Chargers).

We won't spend any more money on Cardinals till they make some changes. This reminded me of the games in the early 90s, embarrassing. It's a shame cause they are coming up to us (Denver) and we also talked about Vegas next year. Not after that game. Oh well, focus switches back to the Suns!
You must log in or register to reply here.

May 2, 2021
ASFN Admin
A
A
Patrick Marleau’s journey from Canadian farmboy to NHL’s 1,768-game recordbreaker

A
Belichick's exit plan and a JJ Watt trade: NFL subplots to watch in 2021