Not your run of the mill fishing show

xc_hide_links_from_guests_guests_error_hide_media
It's an Australian series called Lord of the Macks but they have it on youtube. They commercially fish for King mackerel which are 40 to 60 pounds with big teeth. In shark infested waters so every fish they hook is being chased by big sharks including bull sharks. half the catches have bites or are literally half a fish.

One of the women gets a very serious hand injury a bull shark grabs the fish close to the boat and the line wraps around her hand. She's nearly pulled in. it's pretty insane if you fell over in this water you're dead, teh sharks have learned to follow the boats and they just bite anything that falls in. 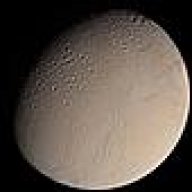 I really, really thought this was going to be about the Shark Lords tv show on Cake.

Probably not safe for work:


xc_hide_links_from_guests_guests_error_hide_media
You must log in or register to reply here.