cheesebeef said:
also, the word is the next TV contract coming next year is going to be massive which means the cap is going to go up in a big way, which will make CP3’s big contract not as cost prohibitive as It looks like it will the next two years.

that’s also the argument for locking in Ayton and Bridges now at salaries that won’t be as outrageous if you wait until after the new TV contract comes out and would make MAX deals even bigger.
Click to expand...

aren’t they going to do some betting thing to? I remember hearing something like this they were even talking about have kiosk inside the arena that would let you place bets in game.

Finito said:
remember that when we pay a 37 year old 100 million dollars next week
Click to expand...

To clarify, I would pay Payne 15 million a year if we can't resign Paul, but I would not pay him that to be our 3rd guard.
F

Proximo said:
I believe I have already said I am not sure that is a good idea. But he is 36 not 37.

To clarify, I would pay Payne 15 million a year if we can't resign Paul, but I would not pay him that to be our 3rd guard.
Click to expand...

I think that’s a lot for Payne

Raze said:
I don't think we're putting too much stock into the #29 pick, just debating if we got the best value from the pick. Which I don't think we did, admittedly by a small margin.

Also, there certainly is a little irony to be seen when one discards the #29 pick as useless over a player who was picked #26.

This was a deep draft and there were some good players available that we could have taken at #29. But I'm not bent out of shape about it. I'm as bent out of shape as I was when we drafted Okobo over Graham, Brunson, or Melton.
Click to expand...

Shamet is so much more of a sure thing than anyone we could have gotten at 29.

it's obviously really hard to stop thinking like a lottery team. We can only have 15 players in the roster. This is about finding the best player for a roster spot. Carter and 29 were not both going to make the roster this year.

Finito said:
I think that’s a lot for Payne
Click to expand...

It is, but if we miss out on Paul we are desperate.

JCSunsfan said:
Shamet is so much more of a sure thing than anyone we could have gotten at 29.
Click to expand...

He also probably has a far lower ceiling than somebody who was available at 29. Figuring out who that is is of course extreemly difficult.

No way. My goodness people overvalue the draft. Shamet has a higher ceiling and a much much higher floor
9

youre saying the 29th pick has a higher ceiling than Shamet? Am I interpreting that correctly? 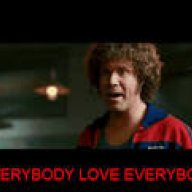 95pro said:
youre saying the 29th pick has a higher ceiling than Shamet? Am I interpreting that correctly?
Click to expand...

It's a crap shoot, but among players who have picked #29 are Dennis Johnson, Eddie Johnson, Vinny Del Negro, Toni Kukoc, P.J. Brown, Nazr Mohammed, Josh Howard, Dejounte Murray and Keldon Johnson. And of course, for those who wanted Butler this year, Jimmy Butler went #30...

JCSunsfan said:
No way. My goodness people overvalue the draft. Shamet has a higher ceiling and a much much higher floor
Click to expand...

The expectations for the 29th pick by some are absolute lunacy.

I mean...I get why some people were bent out of shape when the Suns traded back and got Cam Johnson (even though it worked out exactly how I thought it would) but this is sheer craziness to think a better player than Shamet was available.

The chances a better player than Shamet would be there are like 1:100.

AzStevenCal said:
So, perfect or nothing?

If we had a better option maybe we'd look at it but I don't think we do. CP is in decline and will likely decline even further. But he's still one of the top PGs in the game and I don't see that changing over the next year or two, barring injury. He's a risk but the way I see it we can either abandon our short term hopes or ride him till he drops.
Click to expand...

Exactly. Suns ain’t looking for Paul to get better. Likely aren’t even hoping for him to play at this past seasons level. Paul could decline a little and the suns improve overall if book, Ayton, Bridges, cam, cam, stix all improve a bit plus shamet’s addition and the hopeful addition of a legit backup big. Book Ayton cam cam Bridges are all young enough (really shamet too) that some forward progress should be expected of all of them. If they all improve, even only incrementally, in the aggregate that’s a lot of improvement. Likely more than enough to compensate for some expected slippage from Paul.

and as you state, there’s no superior replacement for Paul.

cheesebeef said:
in addition to this, if we’re going to give a MAX contract to Ayton, as @Finito believes we should (as do I), we should expect his game to improve to the point where his ascension (and Booker and Bridges) should offset CP3’s play declining a bit where the team can still be playing at a high level because the young guys keep getting better.

or are we not supposed to expect Ayton and Bridges to get much better even though we’re likely going to pay them like a superstar and star?
Click to expand...

Right bc his ceiling is already far higher than the vast majority of those available at 29. 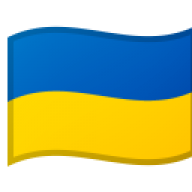 Sad to see Carter go. Hope he sticks in the league. I thought he could help us in the playoffs like he did the regular season with a boost of energy, bring the ball up, hard defense and good enough three point shooting. I guess Cam Payne overlaps quite a bit so. Good luck, Javon!

Now we need depth at the 4-5.
You must log in or register to reply here.

Would you trade for Sony Michel?
2