On Sunday the Suns wrap up their five game stand against the Lakers in Phoenix.

Lakers are 28-13 and have won four games in a row. They are playing the Hawks today.

Suns are 27-13 after splitting two games with the Timberwolves.

This game is a battle for possession of second place in the Western Conference.

The game will be televised on FSAZ and NBA TV.

Lebron checked out of the Lakers-Hawks game possibly with an injury.

Here is some video of the injury to Lebron.

He reportedly hit a 3-pointer after the injury.

Lebron will get an MRI on right ankle.

Well could be easier with no james any update on davis for gm?

Report is Lebron was in a lot of pain. 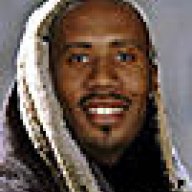 Legend says that’s the first time Lebron was in actual pain when falling on the court.
A

jagu said:
Legend says that’s the first time Lebron was in actual pain when falling on the court.
Click to expand...

You mean other than the famous muscle cramp incident?

He's such a legitimately tough hombre...... but I don't see him playing tomorrow night.

mjb21aztd said:
Well could be easier with no james any update on davis for gm?
Click to expand...

Anthony Davis will be out awhile longer per this link.

It's always best to wait 36 hours and then repeat the MRI, with full rest in-between.


xc_hide_links_from_guests_guests_error_hide_media
You must log in or register to reply here.