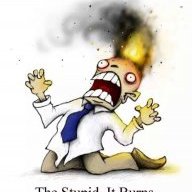 Beaver said:
Rule 5 draft helps spread the wealth of minor league players. The selecting team
snags a player, pays the old team a fee and must keep that player on their roster for some amount of time, I can’t remember.
Click to expand...

BritCard said:
I don't know why anyone would want to play baseball over football (except money). It's boring AF.

"Hey Kyler. You can go from being a superstar QB in the NFL getting 65 touches a game to standing in left hoping the ball comes your way so you have something to do and you might get to swing a bat on 3 separate occasions if your are lucky. But first you have to play 2-3 season for the Panoopski Pirates".
Click to expand...

Baseball is a perfect game

CardsSunsDbacks said:
I don't think he was suggesting being a lefty reliever for the money specifically. Obviously Kyler will make a lot more than that in the NFL, but as far as money vs responsibility it probably doesn't get much easier than lefty reliever in baseball.
Click to expand...

I always thought if I had a son that was into sports I would encourage him to be a left handed pitcher or a long snapper.

QuebecCard said:
So the batsman remains alive until a) ball hits wicket or b) ball is caught?

Give me the scoring if a batsman hits the boundary rope 4 times (4x4) and over the boundary 2 times (2x6)?
Click to expand...

Yes the batsman is alive as long as,

a) the ball doesn't hit his wicket when bowled at him
b) the ball isn't caught in the air (without hitting the ground) after he hits it
c) He isn't caught out of his crease and "stumped".

This last one is more straight forward than it sounds. In front of each wicket about 2 yards away is a line. That's the batsmans "crease". Think of it like the LOS. Everything between that line and the wicket is his. If any part of him, including any part of his bat, is caught outside of the crease and a fielder hits the wickets with the ball he's out. This most commonly happens when running between wickets or playing forward to hit the ball, missing, and being stumped by the wicket keeper.

There are some parallels to baseball here if you imagine the wickets are a base.

When stationed in Europe, we went to the pub several times and tried figuring out cricket. The game had absolutely no rhyme or reason. As I recall, they would cheer and get happy sometimes when something would happen, but be upset sometimes when the same exact things happened. Then again, I'm sure someone in India or Pakistan might feel the exact same way watching football

imagine if your #1 pick decided to go play another sport and you got nothing.
N

Stout said:
When stationed in Europe, we went to the pub several times and tried figuring out cricket. The game had absolutely no rhyme or reason. As I recall, they would cheer and get happy sometimes when something would happen, but be upset sometimes when the same exact things happened. Then again, I'm sure someone in India or Pakistan might feel the exact same way watching football
Click to expand...

As a guy who lived in India and East Africa, we considered rounders (baseball) a sissy game. Cricket is my first love, but American Football is close second.

Baseball is a pitchers game, cricket is a batters game.
N

Founded in 1854, The Philadelphia Cricket Club is one of the oldest clubs in the country devoted to the playing of games. Way before NFL.
You must log in or register to reply here.