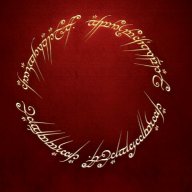 Curious if anyone plays this.

I've been playing since Dota(1) days.

Opinions on the battle pass?

This game is so huge, but I couldn't get into it.
OP
OP

dreamcastrocks said:
This game is so huge, but I couldn't get into it.
Click to expand...

Other than personal preference for moba's specifically, it's very hard to break into the game if you are new and/or doing it yourself/solo. There's a ton of nuances and knowledge to the game that I would say is "required" to enjoy it (that becomes secondhand).

Even though dota 2 was a direct copy/upgrade to dota 1, I even had a hard time breaking in, it just felt "hard" to play and I couldn't put my finger on it as to why. After awhile I got used to it, but if I wasn't already a dota fan I probably wouldn't have continued.

It has lows when playing, but the highs are some of the best of anything. Lots of variability in matches. Great training for reflexes and quick decision making.
You must log in or register to reply here.

Call came in for D Hop at the trade deadline
2