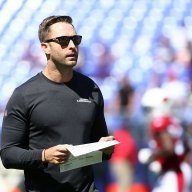 This is really a 2 year deal that the Cardinals can spread over 3 years for cap reasons. Peterson is playing well and is still a #1 CB. The Cardinals cannot afford to replace him cap wise and they need to draft and develop his #2 and eventual replacement.

I am not sure he needs to be back for football reasons, but it is unlikely he won't be back if he doesn't want to be. I think a winning season draws him back for another year. This is a 2 year deal with a bunch of fake years to spread the cap hit.

The blocking probably never gets there, but he is a legit threat in the passing game and gives the Cardinals the size they do not have in the receiving core.

Peters is very important to the defense and despite his age he should be brought back. It shouldn't break the bank and it gives the young DTs some more time before they are needed as starters.

He has been a really nice rotational find and someone who can be trusted with important snaps on the DL. This is really a 1 year guaranteed deal and then we will see what kind of development happens with Allen, Foku, and Lawrence.

Bouncing back from the missed kick against Seattle was a big sign of growth for me. The great kickers are able to come back and win the game. The Cardinals do not want to go on to the kicker carousel in a contention window.

He has been one of the best value signings in the NFL and he has played really well at RT. He should be brought back to compete with Josh Jones. The worst case scenario is he has to start again and Jones needs more development. Best case scenario? Jones takes a major step and you have the best swing OT in the NFL.

The Cardinal do not need Drake, and they need more Edmonds, but I am not sure he is a heavy lifting back. I think that reduces his effectiveness. He needs someone with more size and power who can do some of the heavy lifting. Williams is a 215lbs back who runs with power and can catch, which means the offense does not have to shift too much when he is in. He doesn't have the elusiveness of Edmonds, but he has the power that they need. Williams is a 4.2 YPC runner and is a 40-50 catch RB in GB. He would be a nice compliment at a good price.

This is really a flyer one elite speed and give the Cardinals more guys who can run in the WR core. Good chance he doesn't click, but if Isabella is going to stall out in the developmental arch then they need some options to mix and match.

The Cardinals needs a break glass in case of emergency OG option in case Galliard or the draft pick are not ready for full time LG duties. Hurst has started games all over the OL and gives them some flexibility.

The draft seems deeper at CB than it does on the edge and the Cardinals can use both. Ossai is a super explosive edge rusher who closes like a missile and has been a monster in 2020. Ossai gives the Cardinals elite edge speed to compliment Jones and eventually replace him as the #1 rusher.

The Cardinals need a CB2 in 2021 and they need someone with the physical tools to hold up on the outside. I think Murphy is best on the inside and Stokes has #1 outside physical tools. The knock on Stokes is that he does not have a lot of big play production, but this season he has already added 2 picks and show some development in that area.

I really think Pugh is in trouble for cap reasons, perhaps he redoes his deal, but hard to see him around with an 8 million cap hit. The Cardinals need to continue to add to the OL, it is imperative they keep a strong front unit if they wany K1 to take the next step as a pocket passer. Vera Tucker has the size and athletic ability that the Cardinals want. He has experience at LG and is playing LT this season. He can come in and compete at LG with Galliard and Hurst.

More CB depth for the Cards in the long and athletic Wilcox. The Cardinals are going to have a complete overhaul at CB in the near future because of Peterson's age and not a lot in the cupboard. By adding 2 potential outside CBs this season they give themselves developmental options for the future and depth for the present.

I do not think McCloud has any special abilities or that he is guaranteed to make the team. But he is a high effort run and tackle LB that should at a minimum challenge as a core special teamer.


You must be registered for see images

I like this for the most part. I really want to keep Reddick though
K

Good choices, but I think Hurst would want more like 5-6 million per year. Solid offensive linemen usually go for around that much.
K

I'd toy with the idea of parting ways with Chandler Jones. I'm concerned he won't be as productive going forward.

This is pretty good.

Two things I would change.

I would not resign Larry, or Kirkpatrick.

I would use their money to go after the best guard or corner available in free agency. I am not one that is fond of signing FA rb's either, however I realize we do have a shortage of draft picks this year, so it may be necessary.

Krangthebrain said:
I'd toy with the idea of parting ways with Chandler Jones. I'm concerned he won't be as productive going forward.
Click to expand...

Yes, this is a terrible conundrum.

After the few games he played at such a subpar level, giving him big money at his age is a huge gamble. I actually think I might franchise tag him.

I don’t see how they can keep Reddick. The money just doesn’t work unless you want to give him a big backloaded deal.

I would not re-sign Larry, but you no Bidwill is negotiating that deal.

The free agent budget is going to be super tight. I chose to spend at RB, a cheap position, and draft the more expensive spots. 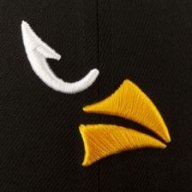 Krangthebrain said:
I'd toy with the idea of parting ways with Chandler Jones. I'm concerned he won't be as productive going forward.
Click to expand...

I think you stick it out the last year of the contract. There's really nothing to lose at that point. After next year he's 32 and at that point you see if he's declined and if not hopefully re-sign him for another 2-3 years, otherwise use one of the draft picks on his successor.

Not a fan of the Pugh cut. He's consistently solid and he's being paid less than Ereck Flowers.

Wanderer said:
I don’t see how they can keep Reddick. The money just doesn’t work unless you want to give him a big backloaded deal.

I would not re-sign Larry, but you no Bidwill is negotiating that deal.

The free agent budget is going to be super tight. I chose to spend at RB, a cheap position, and draft the more expensive spots.
Click to expand...

But, I would imagine, they'll look to re-negotiate Pugh's deal and at $1m Marcus Gilbert is a bargain, if he returns.

And the surname is BIDWILL.

But, I would imagine, they'll look to re-negotiate Pugh's deal and at $1m Marcus Gilbert is a bargain, if he returns.

Renegotiate would be a serious option. It is going to be hard to keep him at 8 million, unless you are cool squeezing other areas.

Maybe you can do a short extension with him. Guarantee him more money and spread out the cap hits, while you develop a replacement.
A

Arkansas homer here. A couple of players to be considering is wr Treylon Burks and rb Rakeem Boyd.
You must log in or register to reply here.

A
After late-season run, eliminated Cards head into offseason