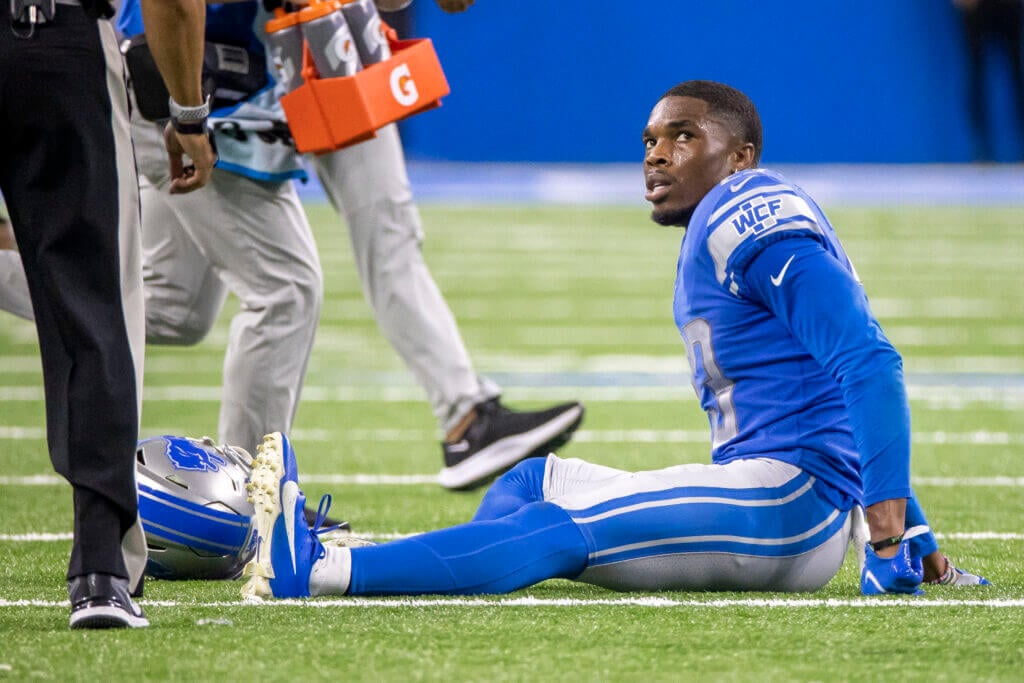 2020 NFL Draft revisited: Which Round 1 defenders look like busts?

Forty-four percent of 2020 first-round picks were defensive players. Who of that group is showing signs of sustained success, and who's not?

Simmons was billed as a sign of a changing paradigm in NFL defenses — a safety skill set with a linebacker’s physique, to be used however a coach pleases weekly. The reality has been a bit sobering, however, as Simmons had some difficulties finding a foothold as a full-time linebacker. Seeing just 360 snaps as a rookie, Simmons struggled to fit the run, adjust properly to motion and not be fooled by misdirection or play fakes.

In Year 2, Simmons smoothed out some of his problems and saw a greater share of the snaps as a result (952 total snaps last season). His tackle share on his run defense snaps marginally dipped — from 16% to 14% — but it was clear the game was beginning to slow down a bit for him, and he didn’t need to blitz as often to end up in the right spot.

Blitzing is a major part of Simmons’ game, though. He’s logged the most pass rush snaps of any off-ball linebacker to enter the league in 2020 (163). His 3.5 career sacks and 13% pressure rate make the juice worth the squeeze, and Vance Joseph’s defensive scheme is built to attack at every opportunity.

Simmons can stand to grow in every facet of his game, and if he can make a leap in two of three areas — coverage, run fits or blitzing — he can end up as a dependable starter even if he never meets the value of being taken eighth overall. As it stands now, though, he’s a jack of all trades and a master of none.
OP
OP

Only two draft picks ranked as "Hits". Simmons was ranked as the 4th best.

A whopping 6 1st round defensive picks made the "Bust" list.
F

Chris_Sanders said:
Only two draft picks ranked as "Hits". Simmons was ranked as the 4th best.

It's really hard to comprehend how bad Okudah has been, not even taking injuries into account. Taken 3rd overall and he has worse stats than Marco Wilson.
You must log in or register to reply here.